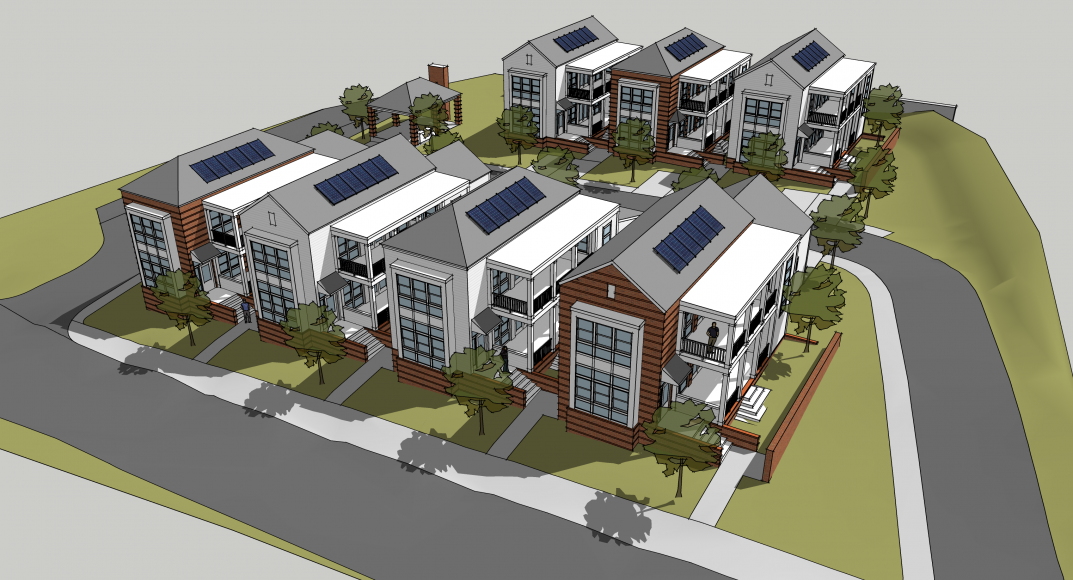 Saluda, NC has a population of around 900 people. Because of its size it would be easy to miss, but it has a rich history. Our townhome project, on a small site of less than an acre, is a perfect example of how a project can be uniquely designed to support a community and it's history.

As many small and large communities in WNC, in the mid-late 1800's Saluda became recognized as a place for restorative health. Mountain air and the ecology were felt to be theraputic. And, for those living in the sweltering heat of the South Carolina midlands and lowlands, Saluda became a haven during the summer. The first property purchased in Saluda was by a French Consul from Charleston. And, others would begin to follow.

This connection to Charleston became the design generator for the community layout and the townhome design, contemporizing the famous Charleston Single House. The Charleston Single House is a perfect fit - its unique design takes advantage of breezes, funneled through side porches, and incorporates private gardens withn the urban context.

The Saluda Townhomes will be approximately 1,500sf in size with living functions on the main level and 2 bedrooms with 2 baths on the upper level. There will be a variety of garage and bonus room/storage options. Also included in the development is a small pavilion with fireplace and grill for community gatherings.