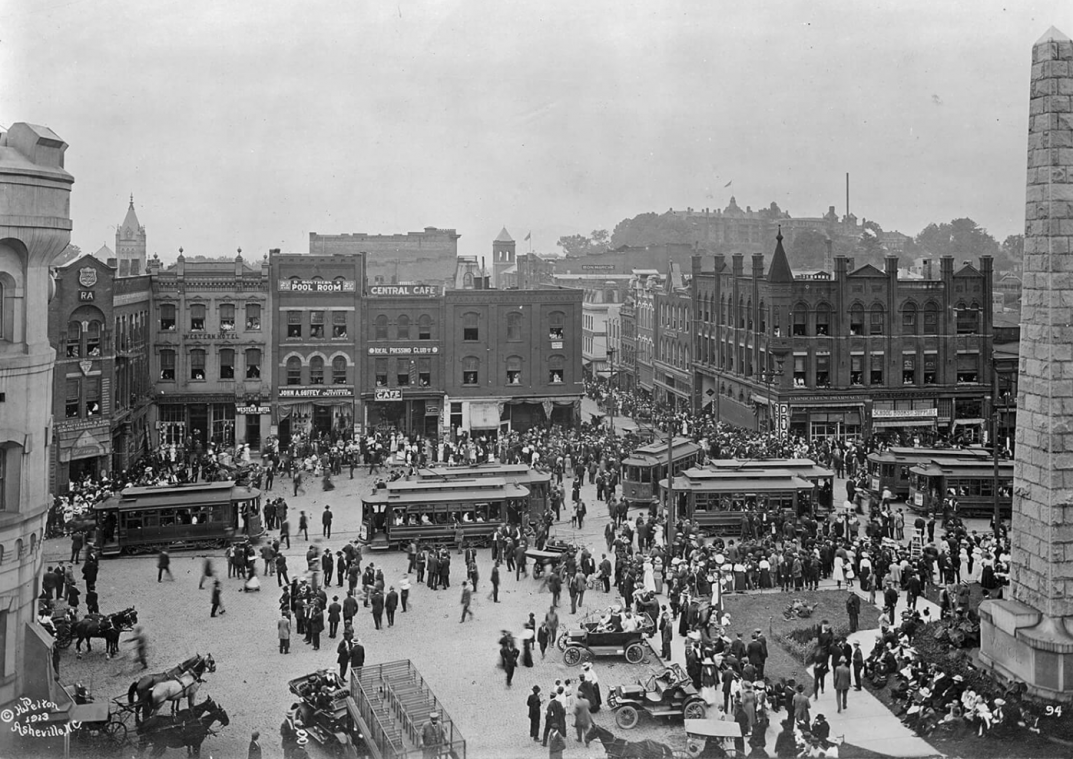 Is our hotel building boom of recent years a problem or an opportunity? There is fierce opinion on each side. I fundamentally believe it is an opportunity and here’s why.

I am an Asheville native. When I was growing up in the 60’s and 70’s our city was slumbering. While interesting to walk about, downtown was dead, full of empty buildings, still in recovery from the effects of the Depression, and competition from the new Mall. With the exception of American Enka, there was a relatively small, but successful manufacturing industry. Our surrounding mountains offered great opportunities to explore the out of doors. The Biltmore Estate was coming into its own. We were a destination for retirees and tourists. Back then the economic engine of our community was driven by predominantly by tourism, manufacturing (due to Enka), a burgeoning medical community and professional services. Hold onto this picture.

Tourism has been with us from almost the beginning of our region’s history, and why not, we live in a beautiful place. Our most famous “tourists,” George Vanderbilt and E. W. Grove really provided a boost and brought with them money, jobs, and in Grove’s case, an invitation to others to visit and explore. Asheville around 1920 had 28,000 residents, over 200,000 visitors a year, and was the 3rd largest city in the state, only behind Charlotte and Wilmington. With the influx of visitors, a vibrant downtown culture, and a beautiful setting, Asheville gained the reputation of being the ‘Paris of the South.’ Who wouldn’t want to come here?

What supported all this? The hospitality and hotel industry of the day. By the late 1920’s, Asheville had approximately 150 boarding houses in addition to a number of small hotels and several very fine larger ones such as the Grove Park Inn, Battery Park Hotel, George Vanderbilt Hotel, The Langren Hotel, and Kenilworth Inn to name a few. All of these sustained Asheville as a thriving tourist destination. During the 20’s Asheville was in a hotel building boom. This was an important part of our City’s DNA. The Depression took its toll until City debts could be paid in 1977. Then, important dollars became available to start reinvigorating our City when civic-minded philanthropists and developers Robert Armstrong, Julian Price, and Roger McGuire among others started to take the reins in private and community development.

Today’s picture of Asheville is vibrant and visitors to our city continue to make a big impact on our economy as they did in the 1920s. In 2018 Buncombe County had over 30,400 visitors per day, including people who work in here and commute from other nearby areas. Those visitors spent $5.4 million each day. Over the course of a year, this translates to an economic impact of $3.1 billion* and supports over 27,000 jobs. Tourism also generated nearly $200 million in state and local taxes.

It is unrealistic for us to just ‘pump the brakes,’ so to speak, on hotel building. Jane Jacobs, one of the foremost thinkers and writers on urban planning noted that ‘if cities do not grow they die.’ We need to grow and we need to do it thoughtfully. We need our tourist economy and hotels are an important part of the equation. They have been part of our growth for well over a hundred years, should be judged on their own individual merits, and should be carefully scrutinized.

While the economic side of tourism is terrific, there are other serious issues that need attention - some ramifications of a tourism-dependent economy: gentrification, lack of affordable housing, the need for higher wage jobs, infrastructure, traffic/parking, and maintaining our authenticity. These are complicated issues and we need smart strategies to address them. Our City and County governments, Economic Development Coalition, Chamber, and Tourism Development Authority are all spending quality mental capital on these in various ways.

My hope is that in the near future we will create ‘both/and’ scenarios that support tourism and attend to the other community concerns. Can we continue to develop and strengthen other market sectors to maintain balance our local economy? Can the percentages of TDA dollars, and how they are used, be adjusted to offer wider benefit to the community? Answers to these types of questions are where the opportunities lie.